How Hollywood or Bollywood movies make money in 2021. The business model of movie production. Money-making model of Bollywood movies.Case study of the film industry. In this article, we are Going to See How Movies Make Money and What is the procedure Of Making Movies and Web Series.

For the making of movies, the Producer plays the most significant role. A producer is a person who invests his money in a movie budget. A movie required a story script, according to the script start cast is arranged i.e who will be the hero, heroine, and other main characters. A producer has to give money to an all-star cast as well as a story writer. Now the script is ready and the star cast is selected, now the matter comes in which places shooting should be performed. A producer has to spend money on different locations where film shooting is performed. After the shooting is performed film editing process starts.

What is Distributer in Movies?

The distributor is divided into sub-distributor according to the different region this sub-distributor have a connection to the cinema hall, multiplexer, and malls in which film is projected. In the cinema-hall margin is 30:70, 30% goes to the cinema hall while 70% to the distributor. But this ratio is not the same in multiplexer in multiplexer first-week commission is 50:50 while it is gradually decreased from the distributer’s side. It depends on times 2nd week it become 60:40.
Thus distributors make money by buying movies from the producer. if movies become hits then they will be in profit while they have to face loss.

How Films Make Money from Copyrights?

Not only through the distribution of movies make money but also through their copyright content. Generally, single movies contain 5-6 songs, That song comes under copyright policy. Many telecom Companies use caller tune Of that song, Telecom Company has to pay to movies producer or distributor or has to own their copyrights. maximum profit is under satellites copyright. i.e. on which channel your movies are telecast for the first time it is known as World Television Premiere (WTP). These rights are too costly for these rights movies to make enough money. Some examples of Highest grossing movies.

In reality, the Hindi medium budget was 23 crore and box office earning is 300 crore. Now you can calculate 🙂 The movie industry is a most profitable business therefore many heroes starts their own production house.
So, This movie’s cycles work. If you like this article don’t forget to share it with your friends and family. You can read a more interesting article on this website. Thank you ♥️ 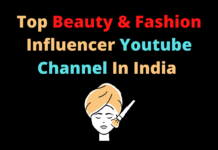